Future Shock, owned by Ron Ellis, scored an impressive win in Division 1 PHS beating second place Brindabella by more than half an hour on corrected time with UBS Wild Thing in third place. With predominantly light headwinds in this years Audi Sydney to Gold Coast race, the Elliot 56, which is a downwind flier, performed exceptionally well with new Carbon GraphX mainsail and genoa’s designed and manufactured by Ian Short Sails. 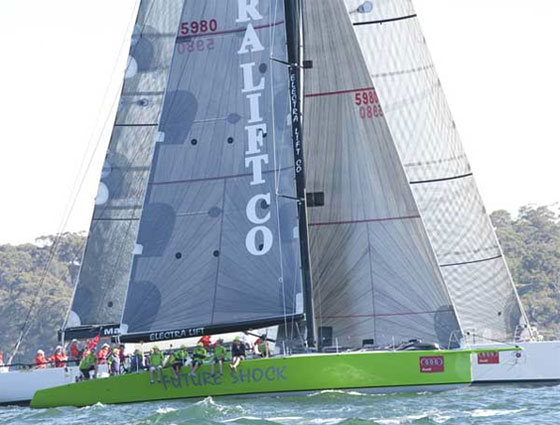 These new sails have greatly improved the windward performance of the boat which had a very close tussle with the TP 52’s Shogun, Ragamuffin and Hooligan and the canting keel Cookson 50’s Pretty Fly 111 and Terra Firma all the way up the NSW north coast. After the race in Southport, a delighted Ron Ellis ordered a new Carbon # 1 light and a CZ hp laminate reaching spinnaker from the Ian Short Sails loft for the up coming Sydney to Coffs Harbour race, to further improve the yachts performance. 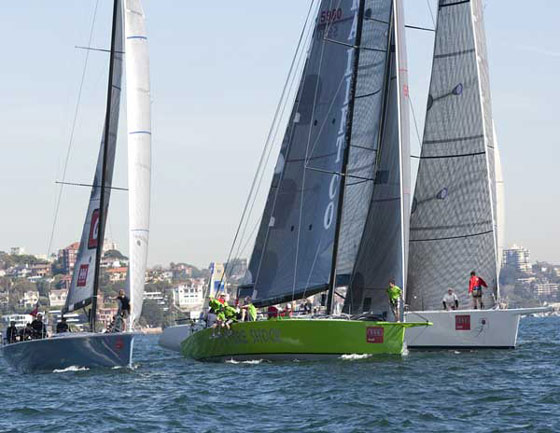 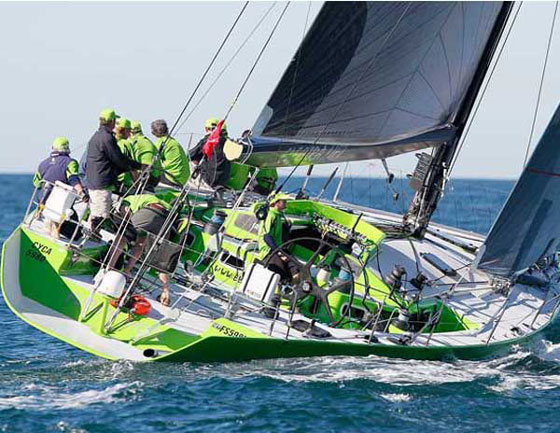