Brannew, Chris Bran’s Beneteau First 40, has won the 2013 Audi Sydney Gold Coast Race in her second start in the prestigious event.  The first overall placing follows on the heels of Brannew’s first place in IRC Division C in 2012.

Brannew was equipped with two new Ian Short Sails headsails for the race. These were built with fuller entries and flatter exits. The flatter exits enabled the genoas to be hauled in further inboard, enhancing pointing ability and vmg to windward.
Winds were mostly in fickle and variable making for a highly tactical race. A new  fractional Code 0 from Ian Short Sails, made from Dimension Polyant CZ30 laminate, provided a clear tactical edge over the opposition.

Brannew was able to carry her Code 0 up to 6 degrees higher than close competitors at critical stages in the race. 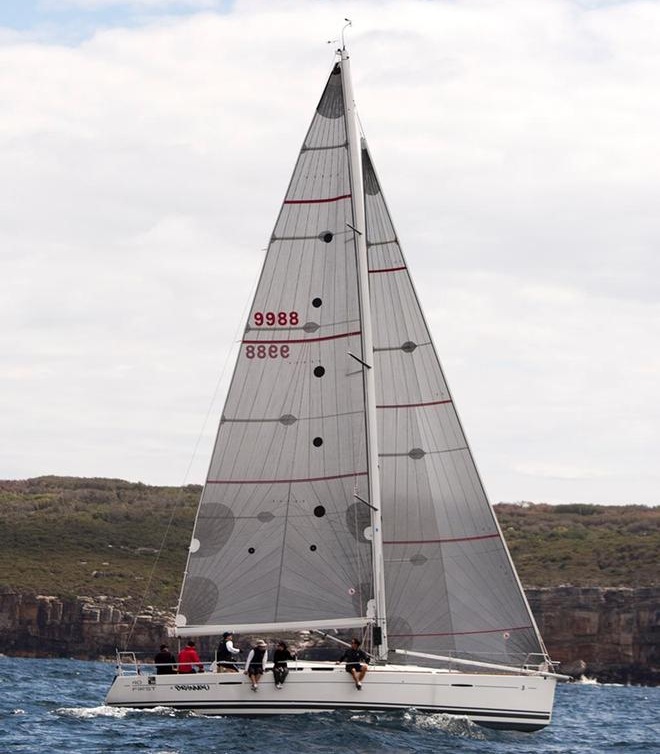