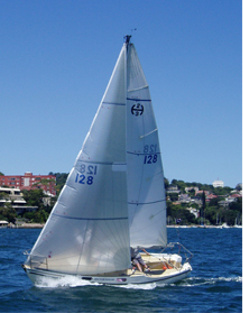 All three top placegetters in the 2010 Hood 23 NSW Championships were equipped with sails from Ian Short Sails.