Greg Zyners Radford 39, Copernicus, claimed first place in the ORCi Division 3.  The win adds to an already impressive record since launching in January 2008 – Copernicus  has won the Tasman Pointscore in 2010 and 2008, placed 2nd overall in the Sydney Offshore Newcastle Yacht Race, third in IRC Division 3 in 2009 Sydney Hobart,  and third in IRC division of the Gosford to Lord Howe Island 2009.

Peter MoselyÃƒÂ¢Ã¢â€šÂ¬Ã‹Å“s Sydney 36, Local Hero,  took out third place in IRC Division 4. Local Hero had an eventful race being in contention up to the final hours and stopping racing to stand by Bacardi as crew cut away broken mast and rigging.  The third place came on top of a string of fine performances throughout 2010 including a fifth in division at the Sydney Gold Coast Yacht Race, a PHS overall and divisional win in the Brisbane to Keppel Yacht Race, second in division atAirlie Race Week, followed up with a divisional win at Audi Hamilton Island Race Week and fourth in the Audi IRC Australian Championships. 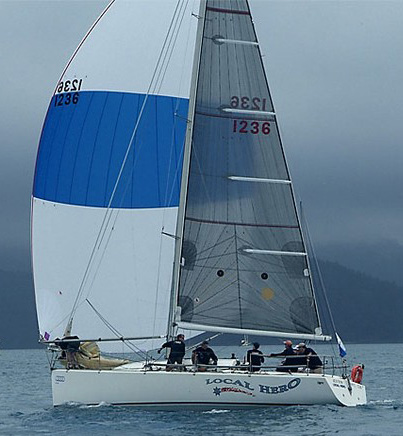