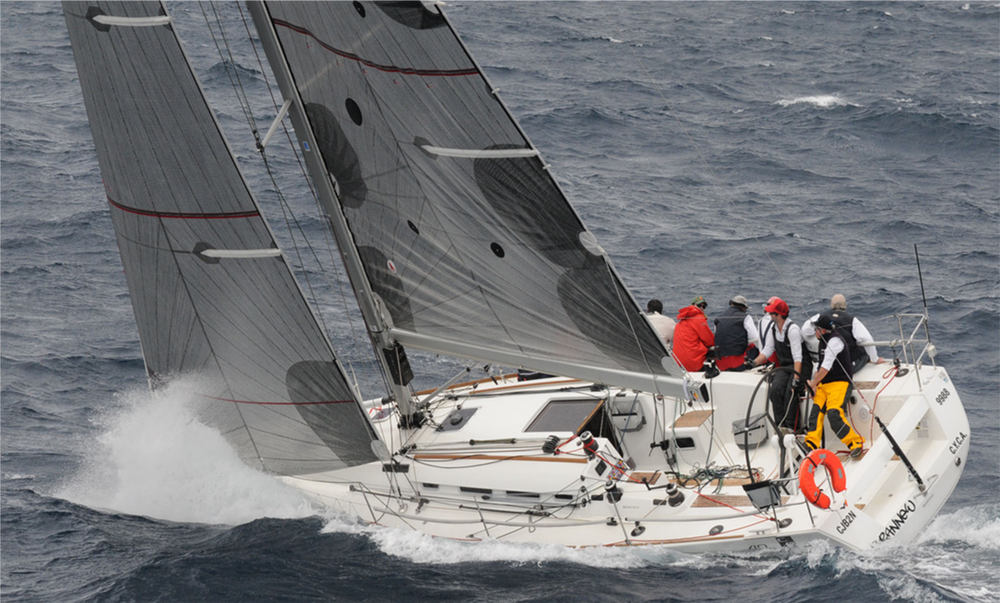 Approaching the eastern tip of Tasmania trackers had Brannew first overall and well positioned for a win. However, the Westerly front hit after dark  bringing stronger westerlies winds for only a little more than an hour before swinging to the south.  Brannew‘s chances of an overall win faded away rapidly as the Beneteau 40 was forced to slog into the very strong southerly blow down the Tasmanian coast. The bigger boats had enjoyed a sleigh ride by comparison and took off the major prizes. In the wash up Brannew recorded 11th place overall. Under the circumstances, this was an impressive result. Brannew crossed the line second in her Division, despite being one of the lowest rating entries in Division 3.